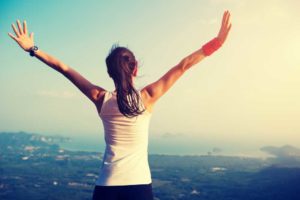 Arm pain is a very general term but, underlying many of the conditions of the upper extremity, is an irritated or frankly pinched nerve root in the neck; it’s called a brachial neuralgia.

In its acute phase this is probably one of the most disabling conditions faced in the chiropractic clinic. The deep, penetrating ache is relentless and it is difficult to find a position which lessens the numbness and tingling. It’s often especially bad at night.

A characteristic finding is the so called shoulder abduction relief sign. Raising the limb above your head brings a measure of relief as it takes the stretch off the nerve.

Conversely, carrying a bag of groceries will increase the traction on the tethered or irritated fibres, exacerbating the ache in your arm.

The definitive examination for a pinched nerve is called the upper limb tension test; see the video lower down showing you how to discover if you have an irritated root that is causing causing the ache.

Neck problems are a common reason why people visit their chiropractor. Typically it doesn’t start from a single injury, though it may; a car accident or a fall from a horse, for example. Instead, the condition usually develops over time from the stress and strain of daily activities, which include the traumas that almost everyone experiences.

Plus, there is much confusion and disagreement even amongst the experts.

This week we have a letter from a person with three months of severe arm pain whose neurologist told her that she has a thoracic outlet syndrome because raising the limb relieved the ache.

Normally, that would increase the tingling and discomfort, but would lessen symptoms if the nerve was tethered; the so called shoulder abduction relief sign is associated with a root impingement, and it’s TOS patients who get increased paresthesias, not relief, when raising their arms.

Arm pain is a very common affliction; often, but not always obviously, the cervical spine is the underlying cause of shoulder, elbow and hand problems.

Sports injuries such as blows to the head in boxing and diving into shallow water are a frequent cause of injuries to the cervical spine; and neck and shoulder trauma as in rugby and falls from horses are often the cause of an acromioclavicular joint syndrome. These whiplashes are often the underlying cause of arm pain.

Let’s face it, getting up in the morning is dangerous. If we want to avoid all injuries, then it’s better to stay snuggled up under the blankets; only, more people die in bed than those out enjoying a full life.

Grasping this neck anatomy is vital if you want to gain a real understanding of what’s happening. The cervical spine is formed by seven vertebrae, to which we should add the upper two or three thoracic bones, as they are often involved. The whole structure is stabilized by the facet joints, ligaments and muscles. Through a small foramen the nerve root escapes on its way to the upper extremity.

We truly believe that nobody deserves to live in pain, even as they age, and we will do everything we can to ensure that our patients are comfortable.